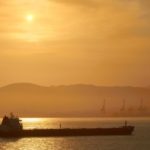 OWith Russian oil heading east, the West is exploring all possible avenues to increase oil supply. To this extent, Iraq can perhaps play a major role.

In its latest weekly report, shipbroker Gibson said that “while many members of the OPEC+ group are struggling to meet their allocated production quota, one country that has been able to do so is Iraq. In April, the country managed to reach a crude production of 4.43 million bpd, or 282 kbd more than in March, (+6.8% MoM), while it was only 16 kbd above the quota of l Iraq, this indicates continued growth in output from OPEC’s second largest producer.The country is allowed under the OPEC+ pact to increase output to 4.5 million bpd from June and has l Demand for Iraqi crude is also changing, with European refiners increasingly considering Basrah Medium and Basrah Heavy as alternative raw materials to the Urals, while India ( Iraq’s biggest customer) turns into one of the biggest import urs of Russian crude over the past 2.5 months. Iraqi exports could change further if heavy grades from Iran and Venezuela are allowed to return to markets this year.” 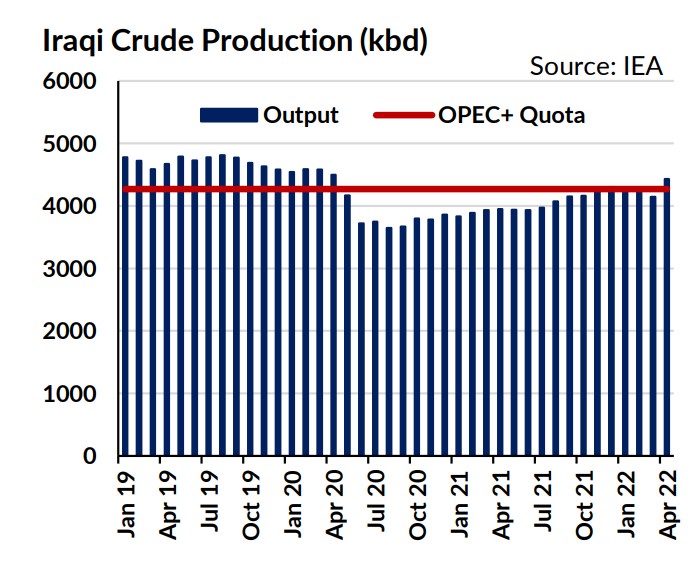 According to Gibson, “IEA data shows that Iraqi production has been rising steadily since July 2021 as OPEC+ agreed to reverse earlier production cuts across the group. Total crude production is still lower by 2% to January 2020 levels as Covid-19 restrictions reduced demand for oil.This increase in production may be a sign that Iraq’s oil industry is well positioned to take advantage of the improving outlook for oil. Iraq’s Petroleum Ministry also announced plans to increase total crude production to 6 million bpd by the end of 2027; this would require increasing production by 1.57 million bpd over April 2022 levels. Since this timeline is approximately 6 years, an additional 314 kbd would need to be added each year until 2027, which is the current production trajectory . Rising investment wouldn’t necessarily make this an unreasonable target, but remains quite optimistic given the struggles some of its OPEC peers are having with increasing production. The issue of some Western companies leaving Iraq in previous years due to concerns about the country’s investment environment highlights some of the challenges in securing higher upstream investment in maturing oil fields. of Iraq”.

The shipbroker added that “another important factor is Iraq’s export infrastructure. Basra’s main oil terminal is undertaking upgrades to its export capacity. The addition of an additional 250 kbpd brings the total operational capacity to 3.5 million bpd. To facilitate any future increase in production and exports, it will be crucial to increase the export capacity of deep-water ports in southern Iraq, which will require additional investment. The other option is to increase capacity along the North Kirkuk-Ceyhan pipeline to deliver crude to the Mediterranean. However, current political disputes with Iraqi Kurdistan make this unlikely. In the near term, Iraqi flows to China are expected to come under pressure as Covid restrictions continue to impact Chinese demand for crude, while the displaced Urals becomes more attractive to Chinese refiners. Some of the additional crude could remain in Iraq as the new Karbala refinery comes online and gradually increases the input up to 140 kbd, to meet growing demand for domestic products and power generation needs” . 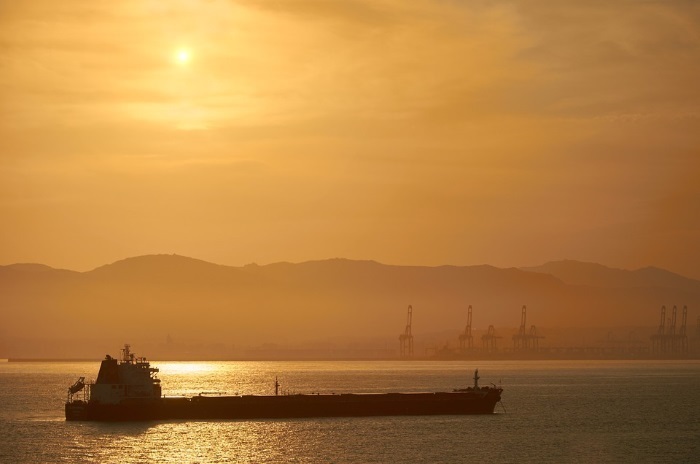 Meanwhile, “another aspect to consider is whether large Urals purchases by Indian refiners will have a noticeable impact on their demand for Iraqi grades. Although this would leave more Iraqi barrels for those avoiding the Urals of their refining systems. While this shows that there is still uncertainty about how much of the world’s oil flows will be reshaped after Ukraine’s invasion, it also shows the importance of finding alternative sources of supply. for traditional buyers in the Urals. Although Iraqi data suggests a positive production outlook, it will still need to provide the national stability necessary to materialize its plans, caution should also be exercised in the future,” concluded Gibson.
Nikos Roussanoglou, Hellenic Shipping News Worldwide

UK to extend quotas and tariffs on steel imports

The author and international activist speaks in Timaru

Rewriting the history of Dalits and lower castes in cinema