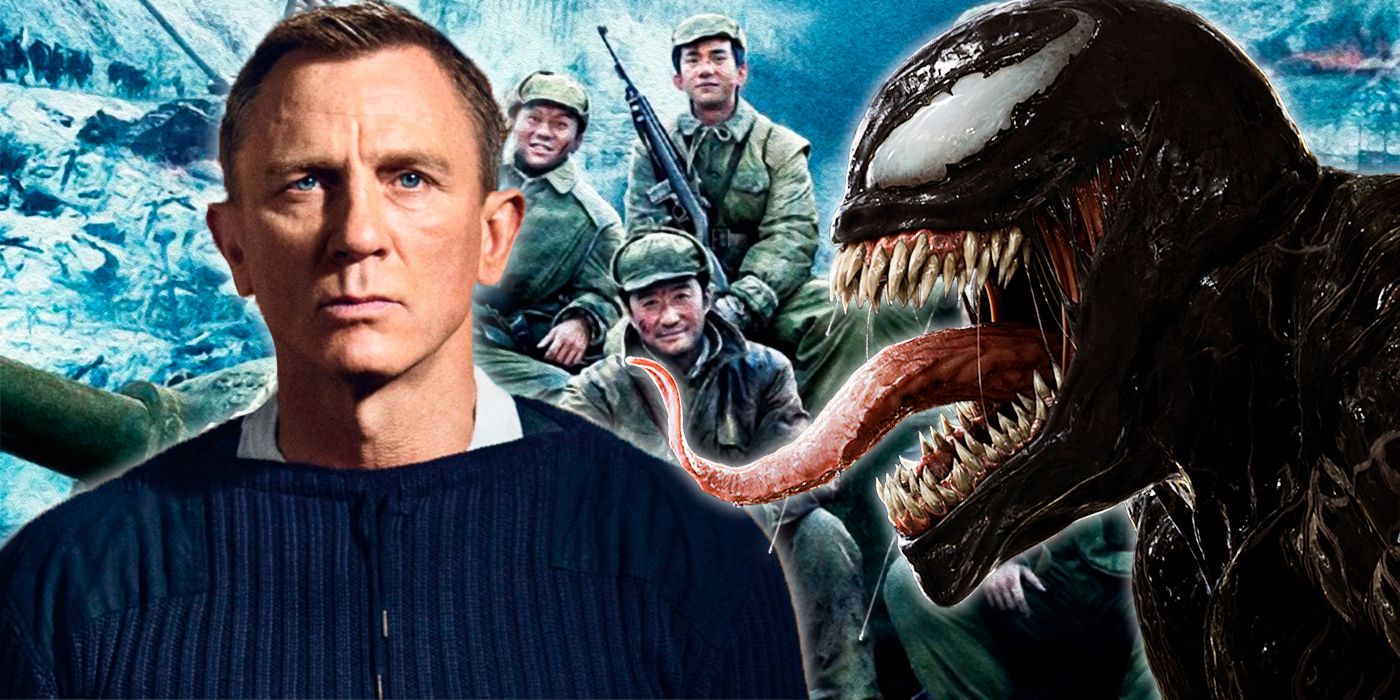 The latest box office figures show that the latest Chinese propaganda film, The Battle of Changjin Lake, beat both the sequel to Venom and No Time to Die.

Last week saw the release of two major films: No time to die and Venom: let there be carnage, both are popular franchises with a titanic track record. But they were both beaten this weekend by the latest propaganda film released in China, The Battle of Changjin Lake.

In its opening weekend, No time to die grossed $ 119 million worldwide. Venom: let there be carnage grossed $ 103 million. The Battle of Changjin Lake, the story of the People’s Volunteer Army and their fight against American soldiers on the Korean Peninsula, was only published in China and grossed $ 230 million in its opening weekend . It should be noted that No time to die has yet to open in China and its premiere in Chinese theaters is scheduled for October 29.

The Battle of Changjin Lake was commissioned by the government led by the Communist Party of China as part of this year’s centenary celebrations. The government has demanded that cinemas across China show at least two propaganda films per week throughout the year to celebrate the establishment of the CCP. These films should be “closely centered on the themes of the love of the festival, the love of the nation and the love of socialism”. The films should also “sing the praises of … and praise the Party, the motherland, its people and its heroes.”

It was one of many policies the government has imposed on the entertainment industry, including new regulations outlining the type of stories movies, TV shows and video games are allowed to tell, the type of characters they are allowed to include and the type of settings. or symbols they are required to avoid. In addition, controversial celebrities, such as Zhao Wei, have been wiped from the internet in order to discourage and combat celebrity idolatry. Part of the reason for these drastic actions is to better implement and instill Xi Jinping thought in the general population.

Hollywood films face a number of hurdles in the Chinese market, including strict censorship and a quota for foreign films allowed to be shown in theaters. Currently, 34 films produced outside of China are licensed in the country per year.

The studios have worked with censors in recent years, to ensure that major releases have access to the Chinese market, which, before the pandemic, was worth $ 9 billion in box office revenue. Even then, some films may still be refused for various reasons. Marvel studios Shang-Chi and the legend of the ten rings, for example, still hasn’t received a release date in China and has, for all intents and purposes, been banned.

KEEP READING: Shang-Chi’s Simu Liu Under Fire In China For Explaining Why His Family Emigrated To Canada

Narayan Liu (/ Nəraɪʌn Lɪʊ / in IPA) is a news and reporting editor, and junior editor at CBR. From Hong Kong, currently based in Sweden. These days Narayan writes about movies, TV shows, comics, and video games, or anything about The Witcher. He does this while studying language, culture and communication at Linnaeus University. You can follow him on his blog (narayanliu.wordpress.com), on Twitter (@Narayan_Liu) or contact him directly on Narayan (dot) Liu (at) gmail.com.