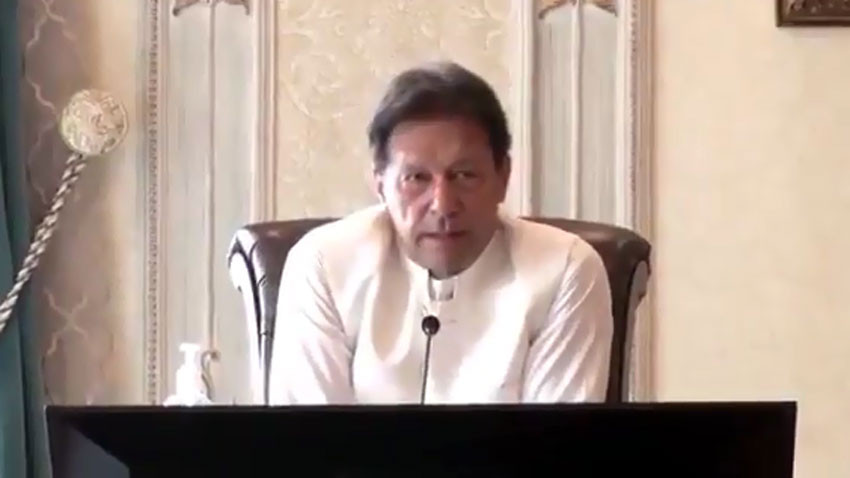 Prime Minister Imran Khan said on Friday that the government is committed to providing facilities and incentives to overseas Pakistanis and their families, for their immense contribution to Pakistan’s development.

Chairing a meeting on increasing remittances, Imran called Pakistanis overseas the country’s invaluable asset. He said that remittances sent by expatriates have played a key role in stabilizing the national economy.

The Prime Minister called for the development of a comprehensive strategy on foreign exchange and other economic needs for the stability of economic growth and asked the relevant ministries to set targets in this regard.

The meeting discussed the incentives given by the government to overseas Pakistanis, the success of the Roshan Digital Account (RDA), the increase in domestic exports, especially the IT sector, the promotion foreign investments and bilateral agreements concluded with various countries.

The State Bank of Pakistan (SBP) informed the meeting that the government’s policy of providing attractive incentives to Pakistanis abroad in terms of remittances is showing positive results. The meeting was informed that the GDR had so far received $ 1.561 billion in just 10 months.

It was pointed out that remittances have steadily increased since fiscal 2018, despite the coronavirus pandemic, which reflected the confidence of overseas Pakistanis in the policies of Prime Minister Imran Khan.

The meeting was informed that the “National Remittance Loyalty Program” will soon be launched to facilitate the Pakistani community abroad. As part of this program, a mobile app will be introduced and more remittances will be extended to Pakistanis abroad in addition to providing financial incentives.

The meeting was updated on the achievements related to the GDR – the Roshan “Apni Car” program and the Roshan Samaji Khidmat. In addition, the “Roshan Apna Ghar” is on the cards to provide homes on loan at reduced rates.

Prime Minister’s Trade Advisor Razak Dawood gave a detailed presentation on the possible growth of exports in various sectors, including tapping the country’s potential in the information technology sector. The Board of Investment (BoI) informed the meeting that everything is being done to facilitate foreign investment and ensure the ease of doing business.

Meanwhile, the governor of Sindh, Imran Ismail, met with the prime minister on Friday and discussed the progress of ongoing development projects led by the federal government in the province. The strategy for the future reorganization of Pakistan Tehreek-e-Insaf was also discussed.

“I could help more”: Could two new transfer companies be a game-changer for Pacific expats? | Fiji