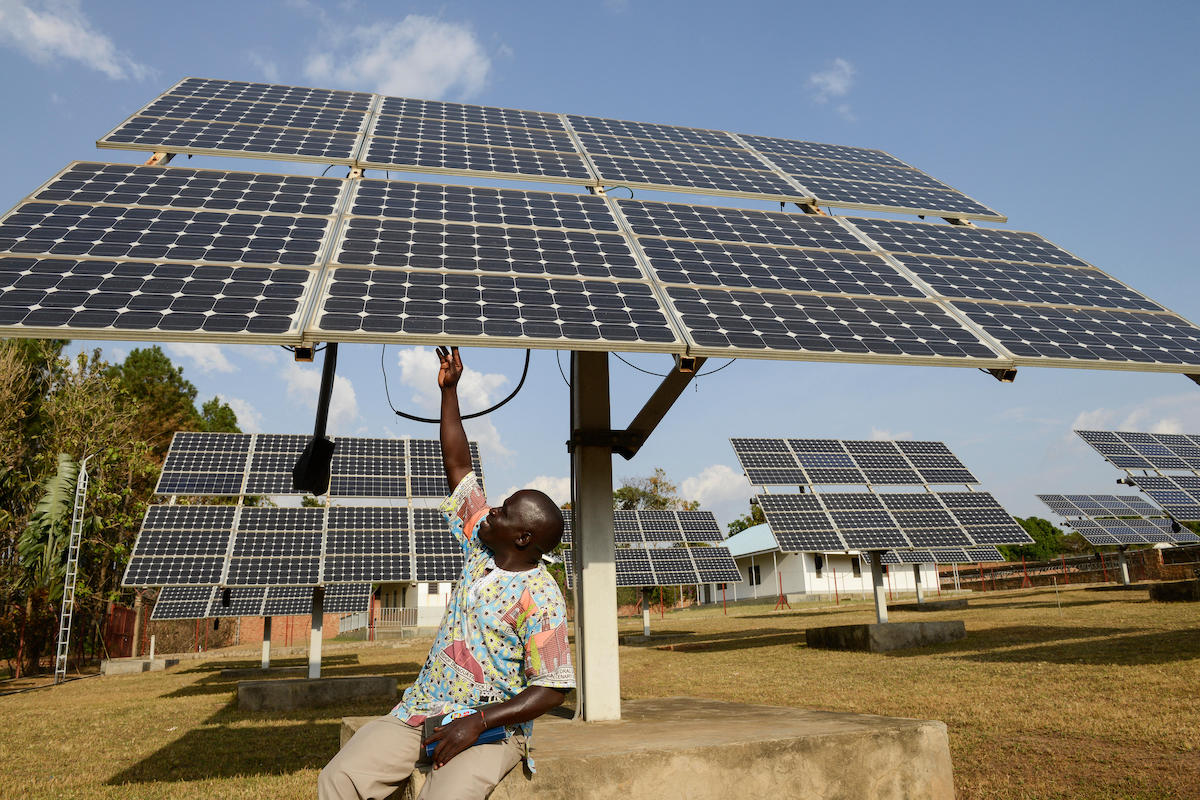 China’s commitment to supporting Africa’s green and low-carbon energy transition was one of the highlights of the 8th Forum on China-Africa Cooperation (FOCAC), which concluded on 30 last November with a joint declaration on the climate.

The Declaration on China-Africa Cooperation in Combating Climate Change is made up of broad brush strokes but sets the shape for a future partnership in the energy sector. On coal, it reaffirms President Xi Jinping’s promise, made at the United Nations General Assembly in September, to stop building new coal-fired power projects overseas, a move that has been welcomed by more than 120 community organizations and African NGOs.

On clean energy, it includes a commitment from China to further increase investment in solar, wind and other renewable energy in Africa. Accelerating Chinese support for solar and wind was also mentioned in Xi’s opening speech and in the Vision 2035 document, which was released at the forum.

Controversially, the statement states that “both sides support qualified gas-to-power projects by accessing green investments and financial support”, although it remains unclear how China will increase funding and investments. for natural gas and renewable energy in Africa.

A call for innovative financing

Over the past two decades, Chinese financing and investment in solar and wind projects has been much lower in Africa than in hydropower and fossil fuels. However, China’s promise to stop investing in coal overseas could open up space for solar and wind power to meet Africa’s growing energy demand.

A recent report by the African Climate Foundation, the Institute of Development Studies and the Open University calls for “innovative solutions” to accelerate Chinese clean energy investment in Africa and diversify away from the traditional bank financing underwritten by Sinosure. This model favors large-scale hydroelectric and fossil projects and has aggravated to some extent the over-indebtedness of the host countries.

FOCAC’s Dakar Action Plan (2022-2024), published with the Declaration, hints at a similar adoption of “innovative modes of financing”. It calls on institutional investors and (sub-)regional development finance institutions, such as the African Development Bank, to step in. It welcomes “the issuance of panda bonds by eligible African sovereign, multilateral and financial institutions in the Chinese bond market”.

The green panda bond and its envisaged mutual benefits

A panda bond is a renminbi-denominated bond issued in mainland China by a foreign entity such as a sovereign or local government, a multilateral development institution, a financial institution or a non-financial company. Green panda bonds are those whose proceeds are earmarked for green assets or projects, in accordance with China’s Green Taxonomy 2021 and other documents.

Issuing panda bonds, whether green or not, allows foreign issuers to tap into the deep and diverse investor base of the Chinese bond market (i.e. China interbank bond market and equity bond markets) . International investors can participate through the “Bond Connect” scheme launched in 2017.

Since its debut in 2005, the panda bond has been slowly gaining traction with foreign borrowers looking to diversify their funding channels and provide possible access to low-cost capital. The panda bond has become increasingly attractive due to the gradual internationalization of the renminbi. South Korea became the first foreign sovereign issuer of panda bonds in 2015, followed by other Belt and Road signatories such as Poland, Hungary and Portugal.

What is a coupon rate?

The annual income an investor can expect to receive while holding a particular bond.

Mutual benefits can be expected through the potential issuance of Green Panda Bonds by Africa-focused Multilateral Development Banks. For African countries, it helps increase the capitalization of their development banks to enable lending to eligible green assets and projects; a portion of the proceeds can potentially be structured to repay a portion of outstanding debts to China.

For China, domestic institutional investors, such as insurance companies, and possibly some retail investors, can leverage overseas green assets and projects. With further credit-enhancing effects resulting from the involvement of multilateral development banks, current creditors may seek comfort in knowing of the slightly strengthened debt sustainability on the continent.

Nigeria and the African Development Bank reportedly considered the Chinese bond market in 2016 and 2018, respectively. However, to date, neither has been successful in issuing any form of panda bond. A potential issuance is made more likely under FOCAC’s Dakar Action Plan.

Will natural gas be eligible for green panda bonds?

Successful cooperation on green bonds or through any green financing instrument requires a common understanding of what constitutes “green”. While the China-Africa Declaration allows gas projects to access green investments and financial support, the classification of activities under green finance taxonomies has become highly contested globally on inclusion gas and nuclear.

A green panda bond must comply with China’s green taxonomy, known as the Green Bond Approved Project Catalog, which does not include natural gas extraction and the construction or operation of power plants. conventional gas. (However, cooling, heating and power generation combined with natural gas remain eligible under certain conditions, as does the transmission and storage of natural gas.)

South Africa, an early adopter of green finance, has removed ‘electricity, heating and cooling from gas’ from its latest green finance taxonomy project and considers that it is appropriate to include it in the transitional taxonomy being developed. However, countries like Nigeria, which currently lack classification systems, want Chinese funding and investment to support gas pipelines and gas-fired power plants. “Natural gas does not make sense in all African markets. But in many it is a crucial tool in lifting people out of poverty,” Nigerian Vice President Yemi Osinbajo wrote in an op-ed for Foreign Affairs.

By the way, the European Commission is reconsidering whether to include gas and nuclear in the EU’s sustainable finance taxonomy, which has generally been seen as the gold standard. The inclusion of gas could increase the appetite of European investors to explore gas energy projects abroad under the label of “green” financing.

However, it is still unclear what the “qualified gas-electricity projects” phase of the Declaration entails. As a potential benchmark, the Green Development Guidance for BRI Projects – a traffic light-style environmental impact assessment system – rates gas-fired power projects negatively, which involves monitoring and stricter regulations. Unless carbon capture, use and storage technology is applied to contain emissions to less than 100g CO2 equivalent per kilowatt hour.

The Guide was commissioned by the BRI International Green Development Coalition (BRIGC), a cooperation platform launched jointly by the Chinese Ministry of Ecology and Environment and international partners. It is currently only a research deliverable, but it has the potential to be adopted by Chinese policymakers as an authoritative policy document. However, the Declaration did not specify whether such mitigation measures would qualify natural gas for “green” financing for projects in Africa.

Going forward, Green Panda Bonds will help connect African borrowers to China’s vibrant onshore bond market to access low-cost financing for clean energy projects. As for gas, which does not fit into China’s green taxonomy, clarification awaits policymakers on how gas-fired power plants can qualify for any type of “green” financing.