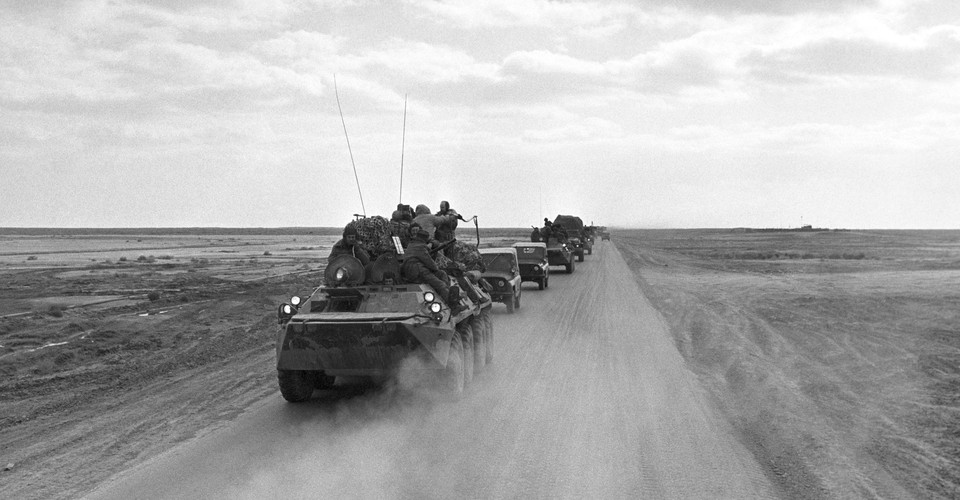 How Afghanistan Changed the Soviet Superpower

The parallels are now well known: a global superpower sends troops to Afghanistan, installs a new leader and plans to leave in a few months. Instead, it locks itself into a years-long struggle against a highly motivated insurgency, and the conflict only ends with the ignominious withdrawal of its armed forces.

Today the narrative applies to the United States, but decades ago it was the history of the Soviet Union. The comparison, like the references to the Great Game and to Afghanistan as the graveyard of empires, is omnipresent in the coverage of the American intervention. The lesson, if there is one, is that the great powers have repeatedly sought to change Afghanistan to their liking, and have failed.

Yet relatively little attention is devoted to the opposite direction: to how the invasion of Afghanistan changed those countries at home. In the Soviet case, it led the citizens of a superpower to reassess both the ends and the means of the empire.

When Soviet troops arrived in Afghanistan in December 1979, the plan was to insert new leadership, strengthen key bases, and leave. By the time the Soviets finally withdrew in February 1989, over 13,000 of their troops had been killed in action (and 40,000 more wounded), while 800,000 to 1.2 million Afghans had died.

The Soviet war, like the American war, was a protracted affair waged by a limited number of troops that was out of sight and out of the mind of the majority of its citizens. As in the United States, national media coverage was limited (although in the Soviet case this was due to press censorship rather than a lack of media interest or resources), and the bodies were returned to loved ones under cover of night – as they were. for a period under the Bush administration.

Of course, the differences are significant. Opposition within the Soviet Union was severely curtailed, initially appearing only in dissenting publications. Nuclear physicist Andrei Sakharov, the father of the Soviet hydrogen bomb, was sent into internal exile after writing an open letter calling for an end to the invasion and an international boycott of the 1980 Moscow Olympics. However, as the soldiers returned home, the extent of the conflict became difficult to conceal. In Tashkent, the capital of the Republic of Uzbekistan and the hub for the departure and return of troops, Belarusian writer Svetlana Alexievich observed how “young soldiers, no more than boys, jump on crutches”. The Communist Party Central Committee has received letters from veterans, relatives and members of the public about the soldiers’ difficulty adjusting to life in their country and the apparent futility of their mission.

The war had a major impact within the party, as its leaders sought to balance a desire to remain a world power with a reluctance to bear the costs of foreign intervention. As historian Artemy M. Kalinovsky writes in A long goodbye: the Soviet withdrawal from Afghanistan, discussions about leaving were overshadowed by confidence in the Soviet Union’s ability to stabilize the country, fear of undermining its status as the world’s leading patron of the South, and worry of losing face to the United States. . At the same time, the situation in Afghanistan contributed to a growing reluctance among Soviet leaders to use force elsewhere. When the question arose of whether to deploy troops to Poland to suppress the solidarity movement in 1980, KGB leader Yuri Andropov said: “The quota of interventions abroad has been exhausted.

Mikhail Gorbachev took office in 1985 determined to end the war, calling it a “bleeding wound” the following year. Although previous leaders sought to portray the invasion as a noble humanitarian mission, Gorbachev’s easing of censorship allowed the press to expose the sordid sides of the conflict and freed a variety of people to express long-standing anger. repressed on its consequences. Popular ambivalence turned to revulsion when the public learned of the war crimes, drug addiction and neglect of returning veterans. In the bitter hymn “Soldiers are not born,” punk rock band Civil Defense mourned the sacrifices of ordinary people for hollow ideals (“The coffin was wrapped in a red rag, the heroic march drowned in sorrow angry”). Veterans, meanwhile, were outraged by criticism they saw as unfair denigration of their service. “We’re leaving,” a song by a KGB special forces officer that Soviet troops played on repeat during their withdrawal, told “chair-bound critics who remained at home” not to judge what they couldn’t understand.

This public debate on the war became part of the Soviet Union’s broader reassessment of its own identity. Images of sick soldiers returning from Afghanistan – along with coverage of Stalinist crimes, official corruption and inadequate health care – fueled the growing sense that Soviet society was “sick” and in need of radical therapy. . The withdrawal, for some citizens, offered a chance to reassess the country’s history of foreign interventions and create a more democratic state that took care of its people: Sakharov, now freed from exile, defined the end of war as the precondition for other reforms, including arms reduction, freedom of speech and the end of one-party rule. For others, the shattering of Soviet society into factions over whether Gorbachev’s changes had gone too far (or not enough) and the deterioration of the country’s self-image was disorienting and undesirable. When Alexievitch published Zinky boys, a tale of the brutal absurdity of war based on conversations with veterans, she received angry phone calls and letters. “Who needs your terrible truth?” A reader complained. ” I do not want to know it !

Until the very end, Soviet leaders discussed whether to maintain troops in Afghanistan. Foreign Minister Edouard Shevardnadze insisted that the USSR had a continuing responsibility to protect the Afghan government: “We are leaving the country in a pitiful state. Towns and villages are devastated. The economy is crippled. Hundreds of thousands of people have died. But public opinion and political calculation had strayed too far from staying. After the final withdrawal, the Congress of People’s Deputies (the highest body of the Soviet Union from 1989 to 1991) launched an investigation into the causes and results of the war. In October 1989, he condemned the invasion for “moral and political” reasons. A doctrine written under Gorbachev defines war as “utterly outdated, unacceptable and inadmissible as a means of achieving political goals.”

These societal changes have been significant, but short-lived. Peaceful sentiments rivaled other issues for attention, including the nuclear fallout from Chernobyl, food shortages and inter-ethnic violence in the republics. Elite regiments that had served in Afghanistan were dispatched to quell pro-independence protests in Baku, Tbilisi, Riga and Vilnius, killing hundreds of protesters. Amid the chaos of the late 1980s, efforts to reinvent the Soviet Union failed and the country imploded.

The impact of the war was far from over, however. In post-Soviet Russia, some veterans of Afghanistan became involved in private security and organized crime, which had strong ties to business and politics. After seeing themselves as victims of official neglect in the 1990s, under Vladimir Putin, veterans took on new roles as allies of the state and its growing militarist-patriotic ideology. In 1999, the leadership of the Russian Alliance of Veterans of Afghanistan helped found the organization that became United Russia, Putin’s Party. Some people who had served in Afghanistan and Chechnya joined OMON, a special forces division that serves as riot police during protests. Afghan veterans (described in Russian media as “heroes with baseball bats”) played a key role in Russia’s annexation of Crimea in 2014.

Today, as Putin tries to reassert Russia’s role on the world stage, nationalists have attempted to reframe the once widely vilified war as a just cause. In 2019, director Pavel Lungin comes out fraternity, his film on the last months of the war and the Soviet withdrawal. Although sympathetic to Soviet troops – his moral touchstone is a sensitive KGB officer –fraternity Also shows them killing civilians, making corrupt deals and desperately drinking as they prepare to return home to a country that will soon cease to exist. After members of the public at a screening condemned it as unpatriotic, the film was only released in a limited version. As public memory of the war aligned with state goals, approval ratings for the conflict increased: in a 1991 poll, 88% of those polled said the invasion of Afghanistan was unnecessary; in 2019, that number fell to 55%. (Revisionism has its limits: a 2018 initiative by the Russian Communist Party to overturn the Soviet government’s condemnation of war has been quietly dropped.)

Russian media viewed the US withdrawal with a mixture of Schadenfreude, pity and concern about its possible destabilizing effect in the region. In the United States, the idea that the Soviet mission in Afghanistan caused the collapse of the USSR (expressed in 2019 by Donald Trump) has fueled concerns about the end of America’s own empire.

Yet the war was a symptom of Soviet decline, not its cause. Challenging the assumptions that led to the invasion opened up the prospect, however fleeting, of a different future.