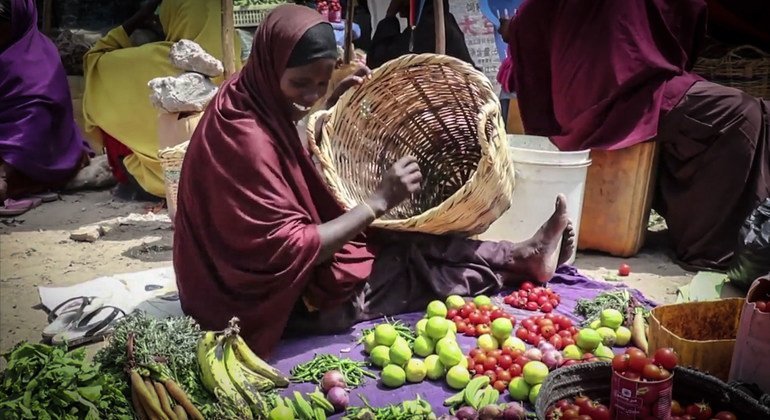 In a press release issued on Friday evening, the 15 council members congratulated the country’s leaders for putting “the stability, security and development of Somalia and the best interests of the Somali people” at the forefront.

The agreement, which would allow elections within 60 days, is the outcome of the summit called by Prime Minister Mohamed Hussein Roble, after months of escalating tension between political factions in Somalia.

The members of the Security Council welcomed the commitment to “hold peaceful, transparent, inclusive and credible elections, which respect the minimum quota of 30% of women in the agreed parliament”.

The peace and security organ also encouraged Somali leaders to maintain this positive momentum so that the elections can take place as agreed. They also urged all parties to continue to engage openly and constructively so that any issues during the implementation phase can be resolved quickly and welcomed the agreement to establish a peaceful settlement mechanism. disputes therefor.

Back from the edge

Under the September 17 electoral model agreed in 2020 between the federal government and the leaders of federal member states, verified clan elders would elect a parliament, which would then elect a president. Legislative elections were scheduled for December but were subsequently delayed.

Talks between Somalia’s federal government and the leaders of its federal member states, which began in March, unfortunately collapsed in early April.

The People’s House of the Somali Parliament then passed a “special law”, abandoning the historic agreement and extending the terms of the current incumbents for up to two years.

Opposition to these movements led to the mobilization of militias and exposed divisions within the Somali security forces. Violent clashes took place on April 25, risking a wider conflict.

“Since then, Somalia has come back from the brink of this worst-case scenario,” said James Swan, the United Nations Special Representative for Somalia earlier this week, recalling that the People’s House rescinded its special law on May 1 under intense pressure. , finally soothing tensions.

General secretary @antonioguterres Welcomes the agreement reached on the implementation of the electoral model of 17 September, calling for the swift establishment of credible electoral management bodies at federal and state levels to lead the process in Somalia. https://t.co/txW040M31b

UN Secretary-General Antonio Guterres also welcomed the new deal between Somali leaders, urging all stakeholders to swiftly implement the new deal as “a crucial step towards holding an electoral process. consensual and transparent without further delays ”.

Support for the United Nations mission

They expressed their full support for the two missions as the country prepares for elections, implements the roadmap outlined in the annex to the May 27 press release and “works to ensure the transition to Somali-led security. , as requested by United Nations Security Council Resolution 2568.

Finally, the members of the Security Council reaffirmed their respect for the sovereignty, political independence, territorial integrity and unity of Somalia.