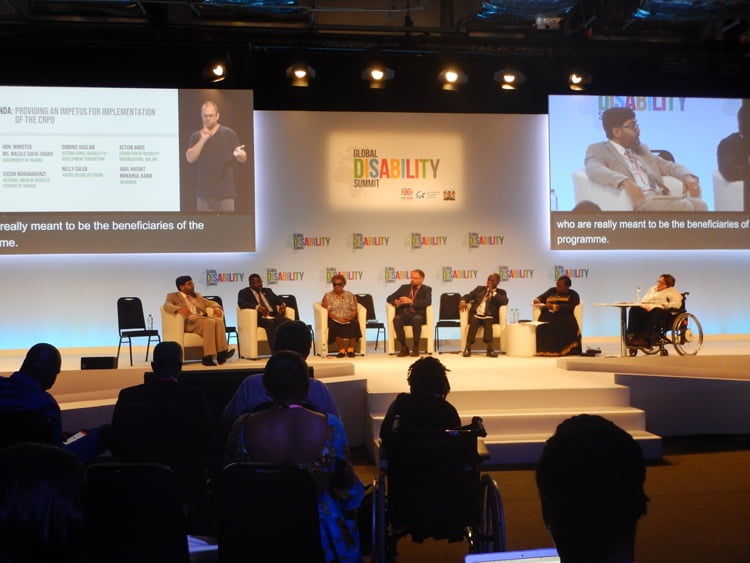 Three years after Nigeria pledged at the 2018 World Disability Summit, a coalition revealed that Africa’s most populous country has yet to deliver on its pledge to establish a verified disaggregated database for people living with a disability (PWD).

The coalition, under the auspices of the Count Disability Nigeria Coalition, while revealing this during a press briefing in Abuja on Wednesday, lamented that despite Nigeria’s population, the actual numbers of people with disabilities were still unknown, due to federal government inaction.

Dr Irene Patrick-Ogbogu, who spoke on behalf of the coalition, said that if developed, the disaggregated disability database would play a central role in all aspects of development at national and subnational levels.

“July 2021 marked the third anniversary of the commitments made by the Nigerian government at the Global Disability Summit (GDS) held in the United Kingdom in July 2018, to collect and use reliable and comparable data on disability, to put into sets up a data and research fund. and use the Washington Group of Questions for both the National Census and the National Demographic Survey by 2023.

“At the Summit, ten national governments, including Nigeria, committed to using the Washington Group disability status set in future national censuses or surveys, including seven countries (Nigeria, Kenya, Kyrgyz Republic , Malawi, Rwanda, Tanzania, Zambia) will include the questions in their national population census over the next five years.

“Despite the Nigerian GDS’s commitments to collect disaggregated demographic data on disability and the adoption of the task force sets of questions, a progress assessment by the Count Disability Coalition shows that the lack of institutional frameworks and of strategic guidelines on the development of the national disability database is one of the main reasons why most MDAs responsible for population management and other demographic data are not yet fully committed to implementing the SWM Change Charter, ”said Patrick-Ogbogu.

For his part, Mr Olajide Funsho of Disability Not a Barrier Initiative, said people with disabilities suffered greatly from neglect during the 2020 global lockdown, as government officials struggled to accurately obtain their demographics and backgrounds. disaggregated data to enable them to reach out with workarounds.

He added that although the National Disability Law recommends a 5% quota for employment opportunities for people with disabilities, the relevant recruitment agencies still struggle to identify the disaggregated data, in terms of age, from gender, disability and location.

The Coalition recommended that relevant agencies in Nigeria facilitate the development of nationally accepted and standardized instruments that properly integrate the working group’s sets of questions as a first step towards achieving disaggregated demographic data on disability in the country.